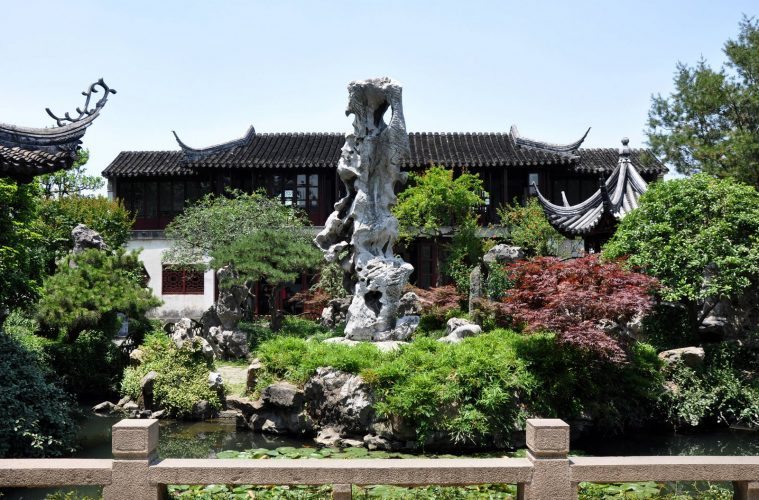 The Beautiful City of Suzhou |?魅力苏州

There are many cities and towns across Asia have earned the moniker “Venice of the Orient” (10 in China to be exact), but the most beautiful of these is the city of Suzhou, Jiangsu Province, ancient capital of the State of?Wu and the city that served as my first experience of China. Suzhou is renowned across China for its beautiful garden homes, once occupied by the opulent scholar-official class and filled with beautiful plant life and rock gardens. Even though an economic juggernaut today, Suzhou is as pretty and quaint as it ever was, a wonderful city?trapped in time yet moving forward with progress.

Originally called Helu, the city was founded in 514 BCE as the capital of the State of Wu during the Spring and Autumn Period (771-476 BCE).In the Warring States Period (475-221 BCE), the State of Wu was conquered?by the State of Yue in 473 BCE, which was then conquered by the State of Chu in 334 BCE. When the Qin Dynasty was established in 221 BCE, Helu became Wu County. The city earned the name Suzhou during the Sui Dynasty in 589 and became a region for commerce and trade – especially that of silk– after the completion of the?Grand Canal.

Suzhou came into its own during the Ming and Qing Dynasties, when the city became a hub for scholarship and the arts. The wealthy residents of the city constructed immaculate garden homes filled with trees, flowers,?ponds, and beautiful carved rocks – or “Scholars’ Stones” – which were submerged in water for periods to make their carved holes look natural, all working to bring about harmony and juxtaposition in the estate. Along?with Hangzhou, Suzhou became known as one of the most beautiful cities in China, with a saying that went “In Heaven there is paradise, but on Earth there is Suzhou and Hangzhou.”

My first encounter with this wondrous city was 5 years ago, when I attended Suzhou University one summer for a Chinese language exchange program. It was so easy to fall in love with the place, and memories of its green gardens always return with flowing water dancing in the weight of the sun, the heat encouraging a dreamlike trance. I’ve gone back many times, each time finding something more amazing than the last, something that keeps?me coming back for more. 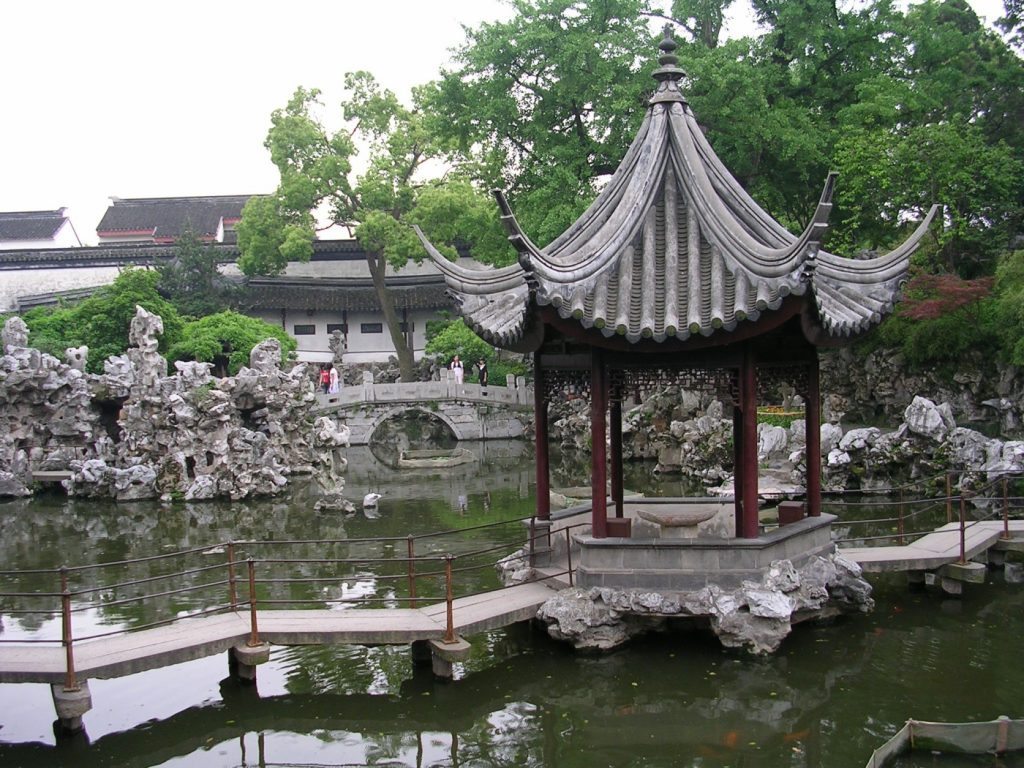 While each garden in the city has its own unique characteristics, as with temples and city walls, the scenery can get pretty redundant once you’ve seen one or two. As with the temples, though, there’s always something that draws?crowds, and the best examples of this in Suzhou’s gardens in my opinion are the Lingering Garden and, my personal favorite, Lion Grove Garden.

Lion Grove Garden is my personal favorite because of all the scholars’ stones present. So many in fact that they form small mountains that you can roam around in and explore. Besides that its halls and passages lead to open areas more expansive than most gardens in the city: with wide open lake-like ponds filled with koi darting this way?and that, a large stone “boat” in the central garden, surrounded by pavilions and more rock mountains.

The name of the garden derives from the rocks themselves, which were designed to form lions to honor the Buddhist Lion’s Roar Sutra. The garden was commissioned by a Zen monk named Tianru Wen in 1342 during the Yuan Dynasty in honor of his late teacher Abbot Zhongfeng. Following Wen’s death the garden fell into?disrepair and changed hands many times until 1917, when it was purchased by a private owner who finished restorations on the garden in 1926. During its heyday, the garden was known throughout China, even receiving?visits and praise from the Kangxi and Qianlong Emperors of the Qing Dynasty. The latter loved Lion Grove Garden so much that he had a replica built in the Changchun garden of the Summer Palace and another in Chengde.

The Lingering Garden was built much later, in 1593 when it was commissioned by Jiangsu official Taishi Xu. Originally called the East Garden, Lingering Garden changed hands many times throughout its history, earning its present name when ownership passed to Kang Sheng, a provincial treasurer from Changzhou, in 1873. The garden is unique in that it is split into various sections – East, West, Central, and North – each with a distinct theme.?The primary feature of the garden is its extensive ponds with grottos and pavilions. Its an excellent place?to view pipa, guqin, and pingtai – Chinese song stories – which are performed every so often.

As with many other cities in China, there are still sections of the old city wall that have been rebuilt. While, like most of these other cities, the walls are rather plain and uninteresting, what makes the city walls of Suzhou significant is that they were originally built in 514 BCE, when the city was established as the capital of the State of Wu. Another unique feature of the former wall is the Pan Gate, the 2,500 year old gate that connected travelers by land and water to the city. Its southwest location was the only link for people traveling by water to the inner city, with two?water gates with doors flanking the land gate. From the vine-covered tower of the land gate, guards could lower two massive wooden doors in order to inspect vessels entering and exiting the city, a sort of ancient customs check if you will. 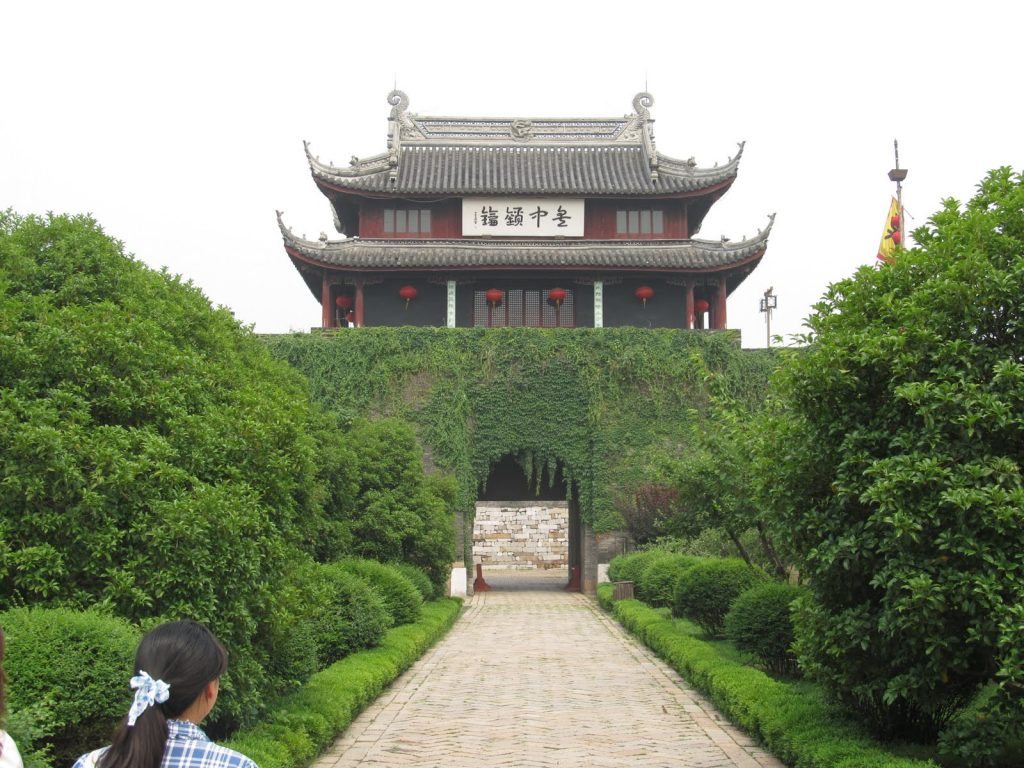 While the main tower has been turned into a sort of tourist trap with replicas of ancient Chinese long weapons and hawkers offering to write your name in Chinese on a fan for a special price, the view outside is still impressive. Strolling along the reconstructed walls, you can see the two other “sights of Pan Gate”: Ruiguang Pagoda, a pagoda built in 247 that was once connected to a Buddhist monastery next to the Gate; and Wu Bridge, which spans the?Beijing-Hangzhou Grand Canal and is the longest stone one arched bridge in Suzhou.

Suzhou wouldn’t be the Venice of the Orient without its massive network of canals and waterworks. Even though most were cleared away to make way for new development , many sections of the city canal remain intact and welcome visitors to meander past them or even ride boats along them. Perhaps the best place to take in the ancient waterways is the quaint little neighborhood of Pingjiang Road. The little road (more of a long wide alleyway?with a canal running through it) is a wonderful place to spend the afternoon and evening, with neon lights flickering across the water as people wind their way through the juxtaposition of old architecture and new restaurants, cafés, bars, and shops.

Its here you’ll find another thing the city is famous for: its food. There are many restaurants that serve up classic Suzhou-style dishes, known for their sweet and light flavors, a compliment to the relaxing feel of the town.?There’s great Xiaolongbao – Jiangsu-style soup dumplings – soups, fish, sweet lotus root, and of course Su-style Dong Po Pork, large cubes of sweet braised pork belly wrapped like a small present to keep in all the flavors.?After a hearty meal one can go out and stroll around, taking in the sights along Pingjiang.

Suzhou is a city where life moves at a slower pace. Indeed, the city’s taxi drivers are notorious for getting?off work at 7:00 PM each night to go have dinner with their families, making travel cumbersome if you need to find a cab. The vibe here is a friendly and relaxed one, and it seems to have been this way since the literati put up shop here in the Ming and Qing Dynasties. While there may be paradise in Heaven, Suzhou is definitely a place where?there’s paradise on Earth. 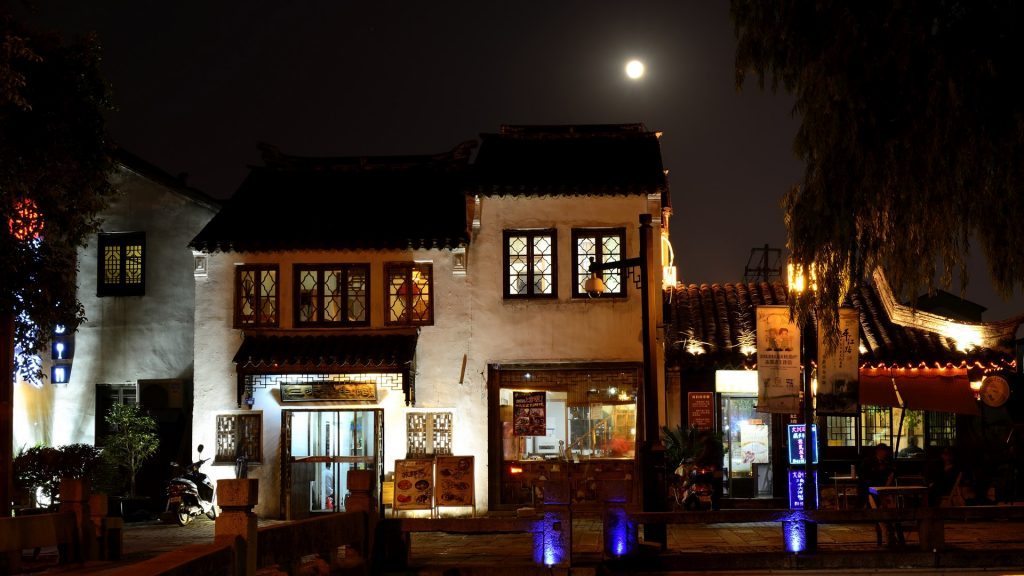 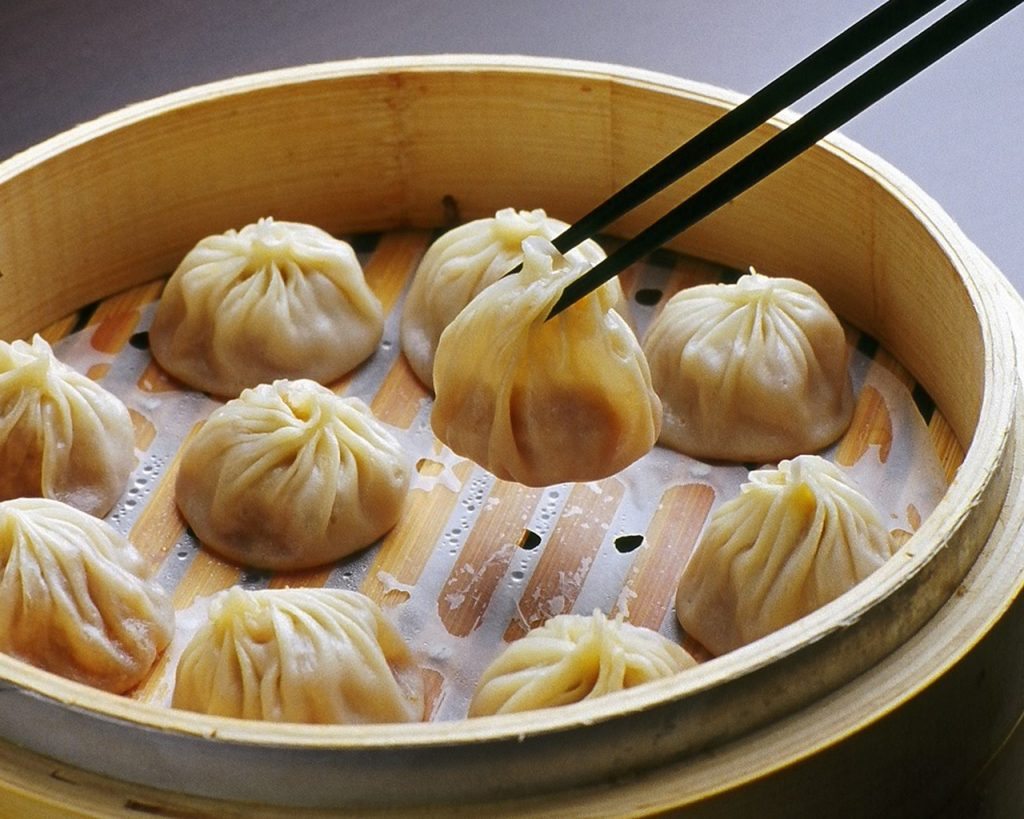 Tracing the rise of Suzhou 2,500 years ago?to its growth as a wealthy trading center?and its modern rebirth as a hub for hi-tech,?pharmaciudical, and textile manufacturing,?this book by Stephen L. Koss paints a vivid?picture of Suzhou through the eyes of?history and modern development.

The Gardens of Suzhou |?《苏州园林》

This wonderful book, part of the series?Penn Studies in Landscape Architecture,?not only presents 11 of Suzhou’s famous?gardens but delves into the literary and?artistic references lef t in the gardens?by the elite who built them, not as?beautiful spaces but as a region of the?world compacted into smaller spaces for?enjoyment and reflection.

Suzhou: Where the Goods of All Provinces Converge |?《苏州：各省货物的汇合之地》

An exploration of how commerce in?Suzhou entering the Ming Dynasty shaped?its future, making it a home for the artistic,?literary, and business elite of China through?specialization, population growth and?other factors.

Vincent R. Vinci is the Senior English Editor of Ningbo Focus. Having lived, studied, and worked in China on and off for the past 3 years or so, he has dedicated his time in the country to exploring its history, culture, food, and drink and sharing it with whoever wants to read about it.